Thousands have taken to the streets in the UK over the last few weeks to join anti-racism demonstrations. Despite hard-fought social progress in recent decades, protesters were campaigning for the complete transformation of society to conquer the toxins of racism and discrimination. Boris Johnson put out a statement, acknowledging “there is so much more to do — in eradicating prejudice, and creating opportunity.”

The Black Lives Matter campaign has brought the woefully low percentage of Black, Asian and Minority ethnic (BAME) executives to the forefront of public agenda. The UK’s population is 13% BAME according to the 2011 census, yet among the Top 3 roles (Chair, CEO and CFO) in the FTSE 100, only 3% are BAME leaders, with no change since 2014. 47% of the FTSE 100 still have no ethnic minority representation at Board and Executive Director level.

Why should there be an increase in diversity at the top level?

Increase the profitability of the business

BEIS research has shown that increasing BAME participation in the top management roles can add £24billion to the economy annually (around 1.3% GDP). A McKinsey survey found that companies with an ethnically diverse board are 35% more likely to financially outperform their peers. The C-Suite set the company’s strategy and ensure the day-to-day operations align with fulfilling the company’s goals. A diverse leadership team widens the board’s perspective, making their views more relevant and insightful.

The ethnic diversity of the leadership group can send a powerful message about commitment to promotion of BAME talent to other roles. Without visible and tangible diversity at senior levels businesses are more likely to have greater employee attrition with an inability to attract and engage minority ethnic candidates. According to the CIPD Indian, Pakistani and Bangladeshi employees said a lack of role models and “people like me” is a progression barrier. As for the future leaders, the young are far more diverse than the population as a whole – the school population in the UK is close to 25% BAME. When 97% of Chair, CEO and CFO roles are filled by mainly white males, there is a systemic failure to inspire BAME future generations.

There is a clear path that businesses need to take to enable them to move positively towards a more diverse workforce.

1. Firstly, by becoming more transparent. Gathering and publishing data on the ethnicity of the workforce reinforces that the business is serious about improving ethnic diversification.

2. Secondly, ensuring that the business is accountable by embedding diversity as a KPI and participating in mentoring schemes to actively try and find BAME talent. The leadership team have a large role to play in being open about how they have achieved success.

3. Thirdly, the recruitment process needs to be redefined to make it more inclusive. Rejecting non-diverse shortlists, challenging educational selection bias and educating the interview panel on unconscious bias are just a few examples of how to change the status quo.

4. Finally, internal processes should be improved to encourage greater diversity. Transparency and fairness in pay and recognition in senior roles will inspire minorities to aim for top roles.

Staying on the current flat trajectory, it could be decades before we see true diversity at the top of large leading businesses. The UK Government target to have no all-white boards by 2021 will likely be missed. The appointment of Sharon White, the new chairman of the John Lewis Partnership was met with high praise but has resulted in acknowledgment that change has been slow to date. Alexis Ohanian, co-founder of Reddit hopes to set an example to other businesses and speed up change by stepping down from the board in order to be replaced by a black candidate.

Businesses need to make a proactive, genuine commitment to investing time and money into self-reflection and market analysis. To understand at what level the diversity drop-off occurs is key to understanding why it happens, and what can be done, taking a deep dive into hiring processes as well as internal culture and behaviours. 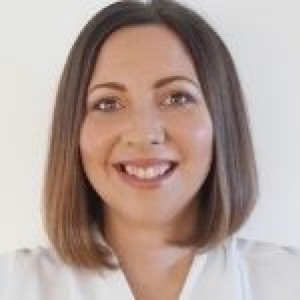 Women in procurement: the challenges and the opportunities

As we celebrate International Women’s Day, we asked female talent at 4C Associates about their perceptions and key challenges they face at work, being a